If you’re confused or new here, or just want more information, read up on Part 1.

So it’s been about 5 months since I had ‘plastic surgery’. I had the cyst removed from my eye and moles from my face. So after all this time, what’s the verdict? 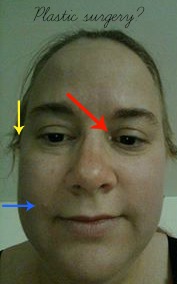 The prep was pretty much the worst part. It’s needles, in your FACE. Every area being touched had to be numbed. Ouch. Other than that, I was laying there with my eyes closed. Obviously, having someone run machinery to remove part of your face is nerve wracking. Thanks to my handy class in ‘Relaxation’ in college (yes that was a thing)… I used a bunch of techniques to calm myself down and get through it. The surgery itself lasted close to an hour. The removal of the cyst took the longest time, with something like a ‘double’ cyst being involved. It went deeper than they thought and they asked if I wanted additional numbing. No, thanks. They had to be sure they got all of it to give me the best chance of it not recurring. So far, so good. My eye looks normal again. The mole removal did not hurt. The numbing was sufficient.

There was no recovery time. I didn’t even bruise. I was kind of disappointed. It would have made for good pictures. Other than a couple of raw looking spots which could have been pimples and some greasy antibiotic, no big deal. I had to keep the spots covered for a certain amount of time with the cream, and once they had healed, I was all set.

This has me slightly worried for the once large spot on my face. It itches from time to time in that area, and looks like it could be coming back slightly, but I don’t notice anything raised, just a slight pink spot. We’ll see if it comes back or not. I was told that they would try and take at least 95% of it and that although it was possible it would come back it’s not likely. So we’ll see.

Effect on the kids

Although my kids noticed the bumps were taken off, when I brushed it off as no big deal, they forgot about it and/or never mentioned it again.

Well, now this is the interesting part. Where I used to look in the mirror and see my moles and it would make my face look wider, now I look, I see my face, and it looks strangely thinner, from the first time I looked in the mirror. In fact, both my husband and myself wish that he’d taken off the one additional one on the other side of my face. I’m not certain why he didn’t. But I’m not rushing to get it done. I mentioned in my first post about this that I have 2 on my arms/shoulder as well, and like her sisters, the baby pokes, scratches and pulls at them. They’re not large, but they are bumps and she notices and bothers them. I’m tempted to see a dermatologist for a check-over and have those and the one on my face removed at some point. Again, not rushing. Make-up is easier to apply. I can scratch my face without worrying I’m going to tear them open, etc. So, although it was nice to have it done, and I would do it again, it didn’t trigger any longing for additional procedures like a nose job, etc. I don’t like pain that much! I also like my nose. But you get the idea. If you have moles or marks on your face that you are concerned about, you should at least check into having them removed. You never know, it might just change the way you see yourself in the mirror. It did for me. 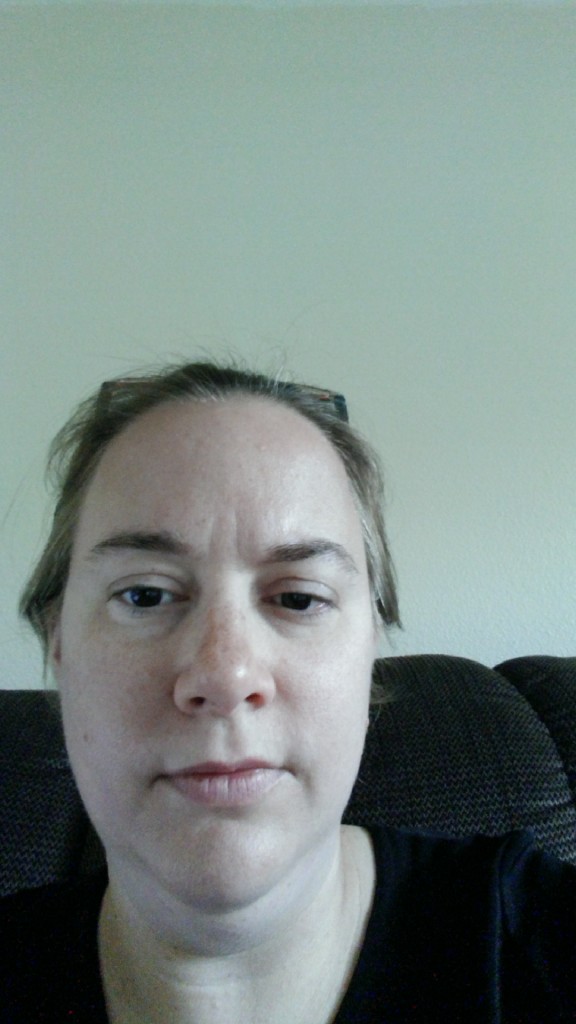 After, bump at eye removed, mole on cheek near lip, mole on side of face removed.

If you’re thinking about having unsightly moles removed, it’s going to hurt, but it’s also likely to be worth it. All my tissue was sent in and tested and found normal, which was expected. The doctor managed to word it so that it was covered by insurance, but of course since we still had a deductible to meet, there was a good portion left. Worth every penny. If you have any questions, please leave them in the comments!