We covered the R and S states this week. We looked at Rhode Island, South Carolina, and South Dakota. I asked the kids who they would add to Mt. Rushmore. My oldest said ‘whoever was elected next.’ B noted her favorite animal, per usual. They practiced their math sums and products with legos.

We celebrated Monday, it was my oldest’s EIGHTH birthday. We took the day off and basically watched TV, made cookies, and got ready for their club  and swimming. My oldest joined them, so I only have the baby at home, which is nice. I folded a bunch of laundry while they were gone. Yippee. 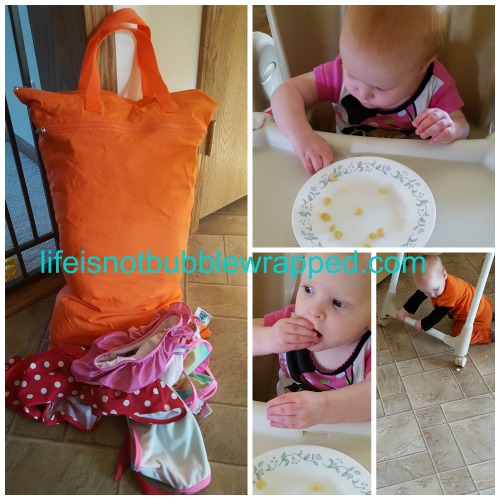 I fed the baby some alphabet letters. They didn’t make her talk. She tried to eat leftovers off the floor. Tuesday the bigger kids painted foam pumpkins at the library and learned some more about Halloween legends. We had the same conversation the week before. Turnips were the first Jack O’ Lanterns, according to legend.

Under definitely not fun

We went to a library open house Wed. evening. I’ve mentioned it before. I made cookies for the event. It turned out to be a bunch of angry taxpayers yelling for 2 hours. They showed their anger about taxes and were ready to make the library pay.

I will laugh if I ever hear anyone say that millennials are entitled again. They have nothing on ‘poor, poor, elderly farmers’ who have a half a million in property and can’t pay their fair share to the library.  Some screamed how they wanted personal apologies, which were not given. They believed they were targeted one by one, although thousands of people were added to the library district. It was really disturbing. The library acted to serve the whole area. Admittedly, not anything was done to these people’s satisfaction. We drove home in fuming silence. My oldest asked ‘Is the library saved now?’ I had to say no.

A little break for mom

My husband arrived home slightly early Thursday. He took the big kids with him to get his petition for library board certified. I read and closed my eyes a little bit while they were gone. We tidied up the house when they got home. It was entertaining. The kids fluffed tablecloths like a little parachute. They laughed. They laughed so hard, if I was them, I would have been crying. I smiled a real smile, blissful. We went to my oldest’s soccer party in the evening. We are proud of her accomplishments.

At least we started the weekend off right!

Friday we did an eensy weensy study on ‘If You Give a Mouse a Brownie’ by Numeroff.

Scrambled States of America BOARD GAME! I can’t recommend this enough!
Name that state flash cards from Teachers pay teachers, Kindergarten Princess.
Used first 2 pages of ‘mystery19’ from Build A Bundle sale mystery package this year. It features state ‘fact’ info and history.
Topical Books in particular we’re reading the info out of THIS ONE that shows topography and THIS ONE that shows fun facts.
View the kids recreational reading, see their Good Reads Lists: K-1st/ 2nd-3rd

Link up with Weird Unsocialized Home Schoolers for their Weekly Wrap up. Click HERE for info/to join!