Over the weekend we got a cultivator/tiller for between the garden rows. We’re regularly checking on the garden and anticipating what a feast we will have! My oldest helped me weed (a little bit!) in one of the radish rows.  We’ll be pulling radishes and replanting some other things, as it appears as though one row of corn entirely was eaten by something. It won’t cross pollinate if we don’t get it in the ground soon. I hope that what we have done will inspire them to help more and that getting a taste of fresh fruits and veggies will help them to be healthy people all their lives!

We have gone back and forth about things we could use for summer- both as reading material and something to keep them from killing each other on a daily basis. I think we’ve settled on ‘zoo’ as a theme. We have a zoo that’s about an hour away that is free, and we went last year with an infant. I think if we took her in a carrier instead of a stroller and spent more time walking instead of waiting for people to clear a gap for a stroller or to turn a stroller around, that would help a lot. It would free up a set of hands and let us pay more attention to the bigger kids. I hope we can visit there a few times and get back to the other museum that we paid a year long entry fee for (although admittedly, not much more than a one day fee, because that’s how they rope in members!) a bit over the summer. Not to mention that I’m thinking we should delve into ‘animals’ all next fall as our science working through the different classifications, etc. Should be interesting.

The oldest is playing softball, and the middle goes to the park and plays on the jungle gym there during some practices, so between that and running like mad people here every day, they’re getting plenty of exercise. We all went out last night and practiced ball, ran like crazy, and explored, just given whichever family member it was… we’re looking forward to summer reading programs and fingers crossed, getting our old regular cab truck fixed for my hubby to drive to work (it’s currently in a local shop with no roof!) and for the family to get use of the bigger vehicle and/or trading for a van/SUV as well. Either way, the kids are getting a bit cranky with being ‘stuck’ at home. I agree. It would allow us to meet other home schoolers at the park and  since the weather is great, and it would be awesome to nab chapter books this morning, since my 6 year old has nearly finished what we got on Monday. :/

This was a really light week, with dental appointments that took up 2 days and a doctor’s appointment for me, which means the house is a wreck from uprooting ourselves and the kids are a bit stir crazy from traveling on Sunday and then having so many days of running in between! We started our summer introduction, so I think we’ll just keep rolling as books come in, and plan a party for today/this weekend/next week to herald the ‘end’ of school!

I have continued to read the Peter Rabbit story treasury out loud and both kids really are enjoying that. Lots of naughty ‘garden’ characters!

We did ART!– Theme: Secret Garden 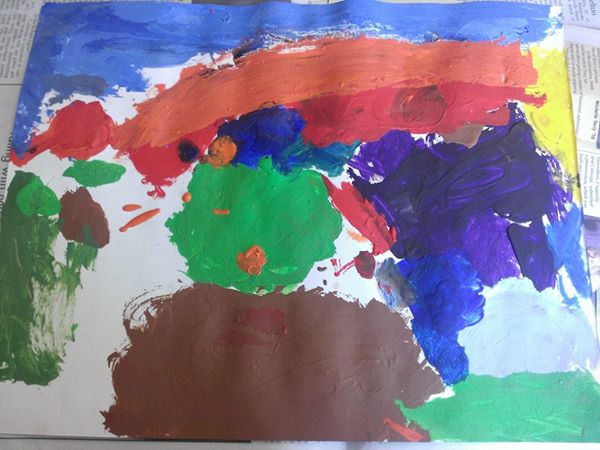 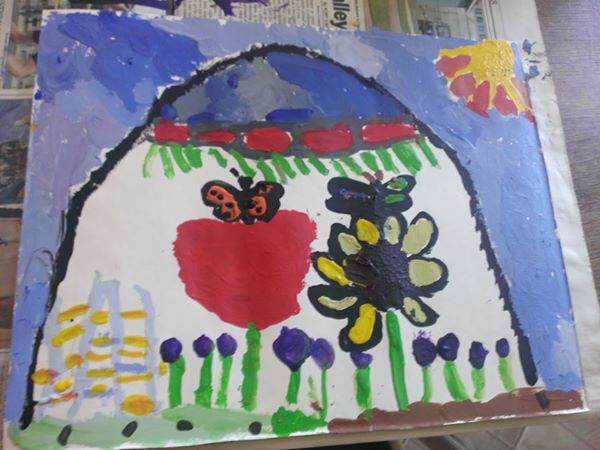 We’re continuing with the Dora Phonics books, she’s sounding out more words and even remembering a couple of them! (going to bribe with candy next!)
CARS- Race to the Finish by Disney/Pixar
Clifford’s Puppy days by Bridwell
Join me in linking up to: http://www.weirdunsocializedhomeschoolers.com/weekly-wrap-up/