I take Friday as a day to try and catch up with things, but the kids still learn, anyway….

The cards that the kids made last week, they put in the mailbox on Friday, the day our (grown-up) friend was meant to have surgery, which was later postponed, but we received a thank you call Saturday afternoon when he received the cards. The kids got a lot of exercise walking up the hill to the mailbox and we discussed how to make sure the mailman would find the cards and send them out. 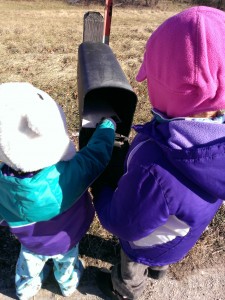 They also worked on trying to make towers that were more stable or less stable, and we discussed why the 3 year old’s (very short and thick tower on the left) was more stable than the gangly one the 6 year old built. 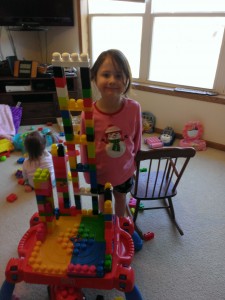 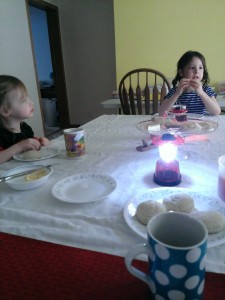 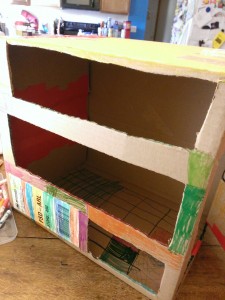 This is pre-washi tape. I’ll have to take a photo when she says she’s done…

Today we had a reading out loud day and I read ‘High Time for Heroes’ from the Magic Tree House series. 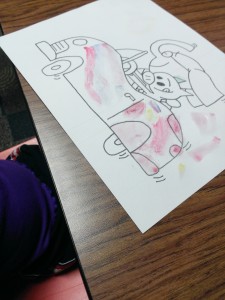 They go for a drive.. almost

For info in how to participate in this wrap up click the following link: http://www.weirdunsocializedhomeschoolers.com/weekly-wrap-up/