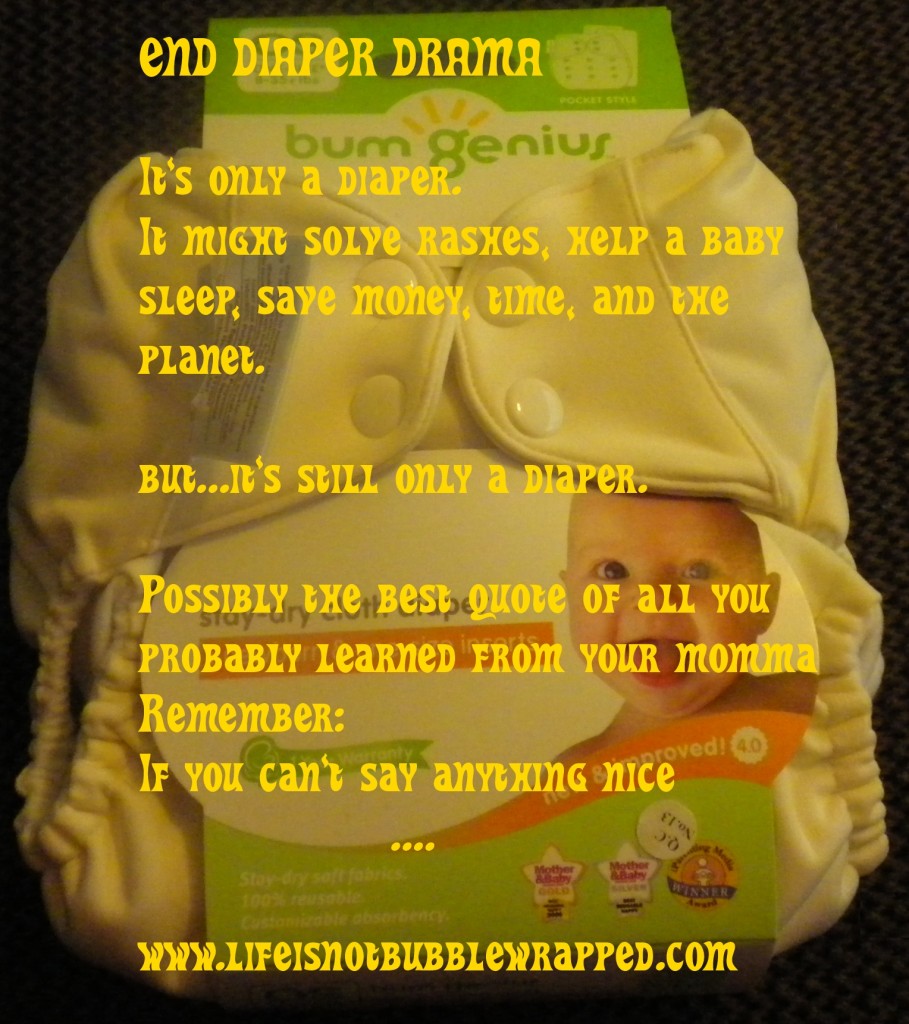 I wrote a little while back about the insanity that’s taking place in cloth diapering circles. It’s a humorous piece giving let’s just say a cartoonish voice to things you wish you could say during one of these dramatic encounters. Zoinks! If the picture above looks familiar, then you’ve probably already seen it, if not, then click the following link to see my post to END DIAPER DRAMA. I actually kind of thought that it was a one time thing, but lately it seems like drama is getting to be the norm. Some of this stems from limited edition cloth diapers. Now, certain manufacturers have always had limited edition or low release diapers, but they were WAHMs or true unicorn diapers (unreachable by almost everyone because of their rarity and expense), but now some major brands are getting on the LE bandwagon. When you bring that unicorn notion to the mainstream, especially at regular prices, that’s when the real drama begins. Over diapers, really? So the question is, does this help or hinder the cloth diaper world? Yes, we have our own world.

For manufacturers, the limited edition provides many positives: 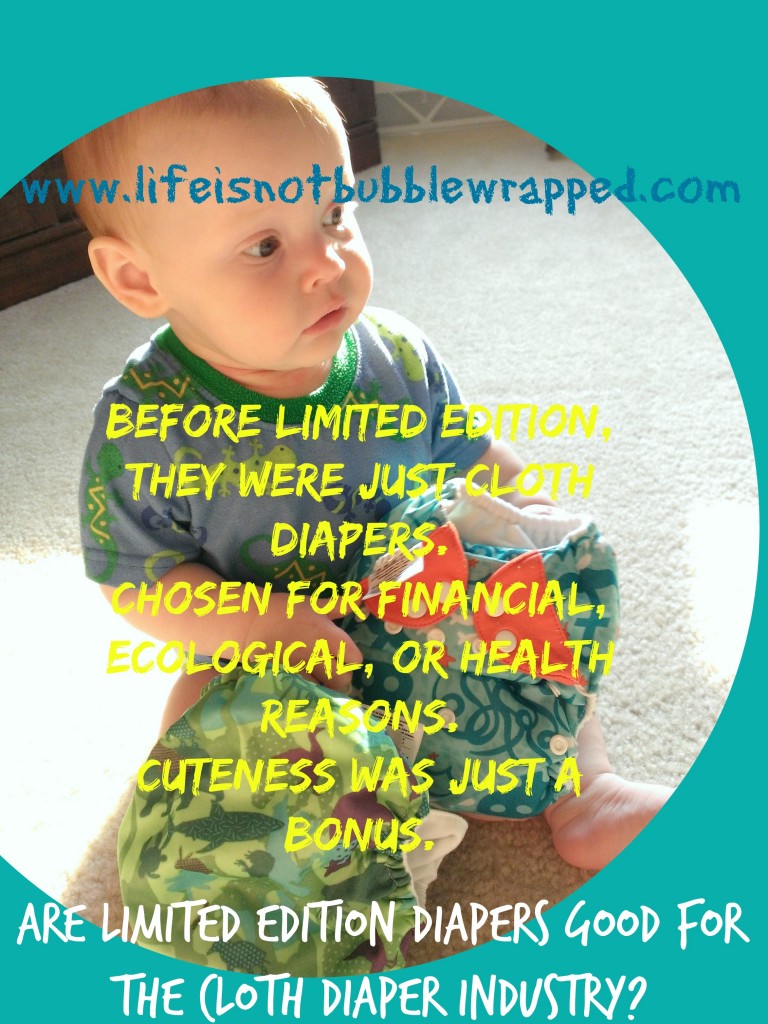 There are some obvious negatives, mostly for the rest of the community:

So what have we learned from all of this? The few people that have delamination issues or broken snaps on a new favorite are going to be heartbroken and disillusioned. The alienated brand loyalists and old guard (been there done that) are going to likely start mentioning other brands when they are confronted with those new to cloth instead of suggesting brands that seem unattainable. Will there be a fallout? Perhaps. It will be something that’s chipped away at a little at a time. But, since the hype is way more potent than the loyally discontent? It seems like limited editions are here to stay. Those few negatives aren’t enough to outweigh the positives that make big bucks for a brand. Are they good for the industry as a whole? That remains to be seen. In order to find out about these LE’s, you have to join specific groups or stalk certain websites. These sites are not always positive. Who really wants to join in a cultural movement where people are nasty to each other? Where the only group you might join fights all the time and attacks other moms for a purchase, for selling something, for not selling something, for having an opinion that isn’t the same as yours? Where just a few years ago there was a strong community of people who enjoyed sharing information, it’s become a knock-down drag out where the more seasoned stay away, because there’s nothing for them. Instead of being warmly welcomed or helped when you have wash issues, the first response is ‘what do you have to sell? any hard to finds?’ not ‘let me help you troubleshoot’…. you might be drawing in more people because of the hype, you’re less likely to have them stay because of the tone of the overall community. I’ll leave the conclusions up to you.

Remembering that this is a page that requests kindness…What do you think?