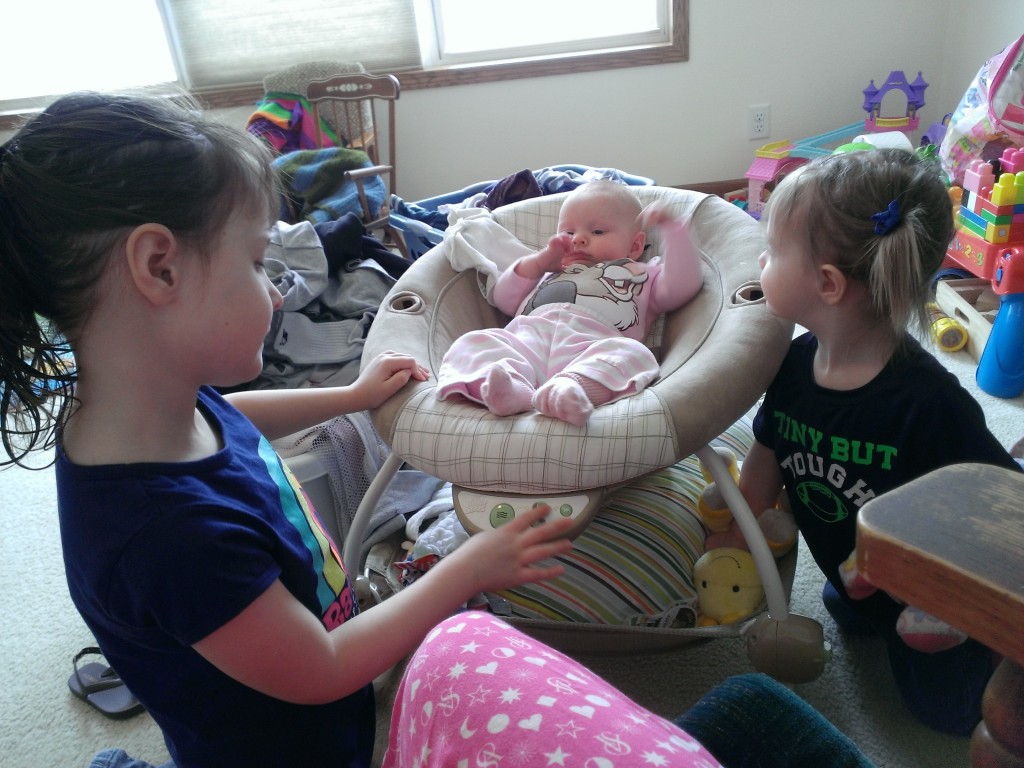 She will start school in the fall. We have K registration at the beginning of April. We’re already praying for her teacher(s).  She has known how to count by 10s for a while. Recently I printed her a worksheet and explained how to count by 2s and 5s. She’s mastered counting with her fingers (oh the drama of that) and is starting to count in her head. She reluctantly writes things if I ask her to, but she’ll scribble ‘I love you’ on notes over and over again. She’s reading books up to 5th grade level. Sometimes I worry about the content, so I am trying to keep it lower, but she just blows through the simpler books, and even though someone suggested online reading, there’s only a dozen books on our library’s website for that age group anyway. She enjoys when we do ‘special’ things for holidays and such so I try and piggyback activities and worksheets for her ‘faux’mschooling around that. Let’s face it, I can’t possibly sit dedicated with her for 2 straight hours anymore. I am at the very least confident that she can do reading and math on a 1st grade level and will likely be able to write well enough by the end of the summer that she won’t get behind if they do decide to put her in 1st grade.

Her behavior since my pregnancy (and even before that) has been atrocious. Her fit throwing after Casey came home (and really embarrassed me in front of my parents) landed me with a hernia. Yeah, thanks kid, I wanted a $20,000 surgery because you didn’t want to take a nap! I know, sarcasm doesn’t help. But it’s all I’ve got. She doesn’t pull that kind of crap with my husband or any other adults, so I’m not sure why she picks me of all people to be a jerk to. Considering my entire last 6 years has been dedicated to keeping her occupied and happy. Don’t get me wrong, I make her play by herself and whatnot, I’m a big believer in that, but it really stinks to give up all your time and have someone throw it back in your face. She told me that her new shirt wasn’t green enough for St. Patrick’s Day. I told her too bad and she was welcome for buying her a new shirt. Also that she was being a jerk about it and how would she like it if she drew a beautiful rainbow and I said I didnt think it looked like a rainbow at all? She was abashed about it after that. It just doesn’t occur to her that other people have feelings, I guess. Or that I went out of my way to go get her a shirt since her other one was too small. I really tried finding one with a decoration, but there just weren’t any. I hope she grows out of this stage. She HAS changed in the last couple of weeks and you can bet that I heap on the praise when she helps or does the right thing, but she can pull me down into the depths of a pit like no one else I know. I really struggle with this because of course, it’s hard to like someone who constantly makes you feel like crap. I love my child, oh yes. But she puts up a fight for every single thing I say… I could say the grass was green and she’d attempt to carry on a conversation for 20 minutes about how it was really only a pale light very slight green or maybe yellow or silver. Dare I confess I often just tell her to shut up after ‘that’s enough’ and ‘be quiet’ and ‘stop arguing’ don’t work for the fifteenth time? She has taken over cooing at Casey whenever I need to leave the room. It both relieves me and frightens me. She obviously is showing her love, but I wish she showed it more to the other kid in the house during play time! She’s figured out that the minute I leave the room, she can pick on Brennan. Don’t ask how many times I’ve had to stop going to the bathroom or stop getting dressed or whatever because she can’t keep her hands to herself for 5 minutes. Cue screaming toddler, cue waking up the baby, cue exhaustion.

So all in all, she’s got some good homework skills, but her ‘loving’ home skills could use a big improvement. At least toward me. She’s made progress, but not enough to take the huge millstone that’s been placed around my neck off. Anyone recommend a good jackhammer?

Technically she’d be old enough for pre-school in the fall. We might even get her screened, but I doubt she’d pass. Not because she doesn’t know things, but because she’s taken to only answering if we pretend we don’t know what something is. If you ask her straight out she says ‘I don’t know’ but if you say, can you tell me what this one is, she’ll answer. Bah! It hadn’t occurred to me that this was going on, so I assumed she was just… losing the information that I had tried helping her with. She hasn’t gotten nearly as much time as Keeley on the educational stuff and so I figured I was failing her somehow. Oh I try hard, I really really do, but she’s got me buffaloed. It occurred to me a week or so ago that she knows a LOT more than we give her credit for. She just doesn’t run her mouth. So even if she would be eligible, we probably won’t send her to pre-k. I’ll keep her at home for a year and give her some ‘without big sister’ time and see how she blossoms. She’s never really had a chance to have her own personality because big sister is so overwhelming (see my published works)– so I’m excited to see what comes of this little girl when she’s allowed to do what she wants instead of big sister pushing her around! She pretends she doesn’t know colors and shapes, but she does. She can count up to 10 for sure, and maybe further, but I don’t get much time to check that out. She even counted some leprechaun gold (fake coins) up to 5 in Spanish. Just.. on her own. Go Dora! She seems to have an aptitude for rhythm and music, although she can’t sit still or stand still long enough to do any one thing in particular. She already sings little songs from choir (Sunday school) and was able to do them just as well as Keeley if not better, and about 2 years faster. She IS able to sit still for Sunday school and club meetings and they love having her. I look forward to teaching her the sounds of letters, which I know she knows MOST of. V is tricky for her and always has been. She says Y every time. She’s very interested in books and follows along with the instructions by Dora, Mickey, etc way better than K did at this age. She’s actually participating? Instead of just watching. Attitude? Yup she has it. But I ask her ‘what does throwing a fit get you?’ and she says ‘in trouble’ and immediately stops. She also asks for things very sweetly and politely and therefore has had way more treats than big sister by this age. She is very loving and although she stopped clinging onto me about the time Casey came home, she does follow me when I leave the room if she’s not engaged in something. I still rarely make it to the bathroom by myself and she runs through the house yelling ‘mommy, mommy’ —  no matter who is sleeping. :-/ All in all, she needs more independence but I’m confident she’ll be great by the time Kindergarten hits.

She smiles and coos and seems to adore all of us. She even gives strangers smiles, although not as fast as us of course. Her eyes are still muddy, her hair LOOKS red, but I daren’t hold out hope. So far it doesn’t capture as red in pictures. She can push herself with her feet on her back and rolled over (nekked) the other day- but I’m not counting that as an official roll since I can’t capture it on camera, and she can’t roll in her diaper yet. Ha! We’ve transitioned her to sleeping in her crib more since she finally lost the dang gritty breathing that she had since Christmas. She’d do a lot better if the house was quieter, but I do the best I can. She’s still nursing and wearing everything from 3-12 months just depending on brand. The 0-3 is definitely gone and I think some 3-6 are still hanging around, but those will be out of commission before too long. She’s roughly at 14.5 lbs right now and has stayed there for quite some time. I think she’s working on getting longer and hasn’t put on a ton of weight in a couple of weeks. She is happy and healthy though, so that’s what counts.