Our first non-doctor outing was to church for Christmas eve. I giggled when Keeley’s answer to someone’s question was something along the lines of ‘well when she’s nursing sometimes her eyes are closed and sometimes you can see her eyeballs, and she’s so cute’… I’m not sure they knew what to do with that one.

Someone was kind enough to tell me that they’d been praying for me to have the baby because I looked like I hurt so much. I got a lot of ‘you look miserable’ comments, even from the beginning. That’s what happens when you carry nearly a 9 lb baby in your vertically challenged body.

I took some treats to our pastor.

One of these days I should write thank you cards, but so far I’m not there yet. I did get end of year type of cards ordered and they showed up in the mail so I can send those out soon!

All day Casey has been kind of croupy. She seems to have some trouble with congestion and needs to eat in order to clear her throat, so obviously, I’ve been a busy person. Hopefully it passes soon, because being able to do something without feeling like I have to hold her would be nice.

Despite the green eyed monster awaking in Keeley pretty harshly for the first time (little sister’s gifts were so much better than hers?!?) it all worked out pretty nicely as far as Christmas mornings go. Talked to my mom for a long time on the phone, Matt called his mom, the kids opened their presents and played with them a ton, a good time had by all. 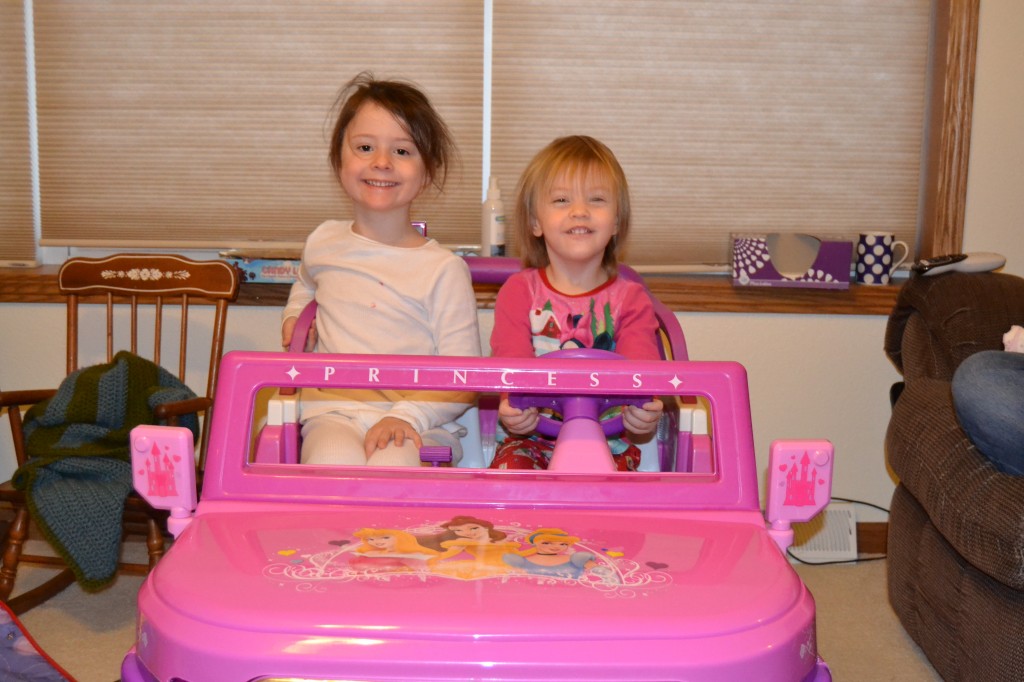 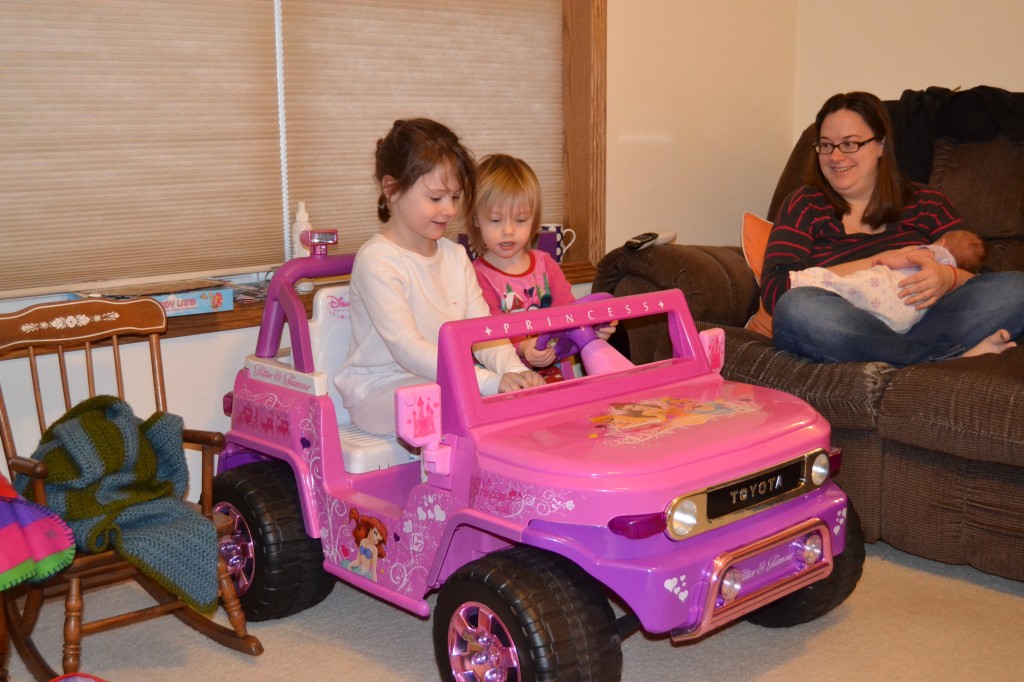 Boy were they surprised! 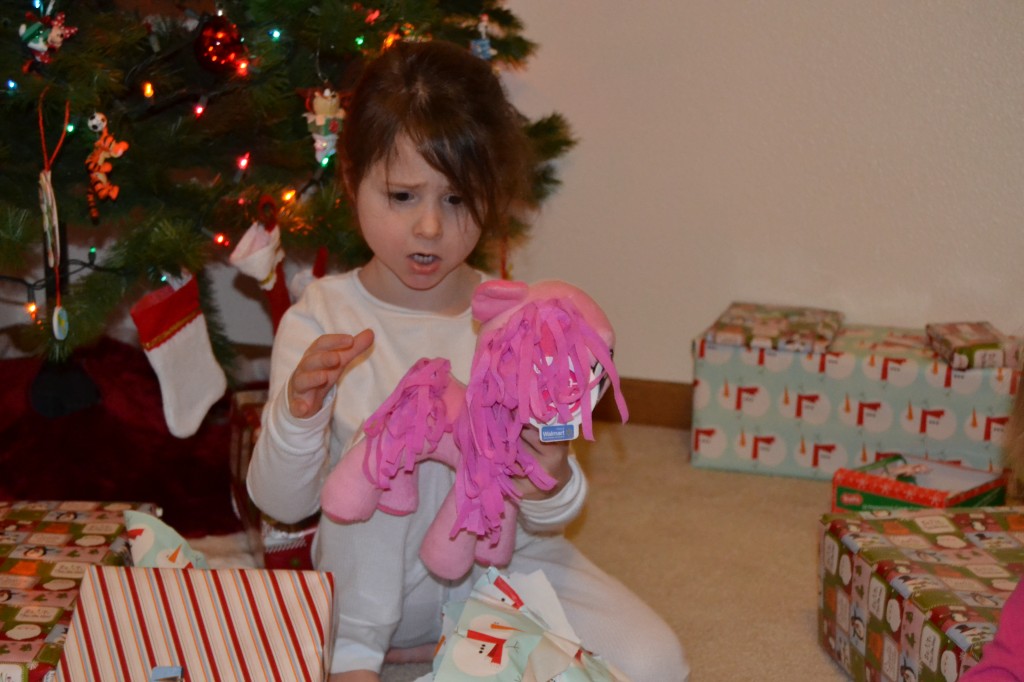 Incredibly jealous and disappointed face…her sister got the purple one… since then she’s changed her tune. 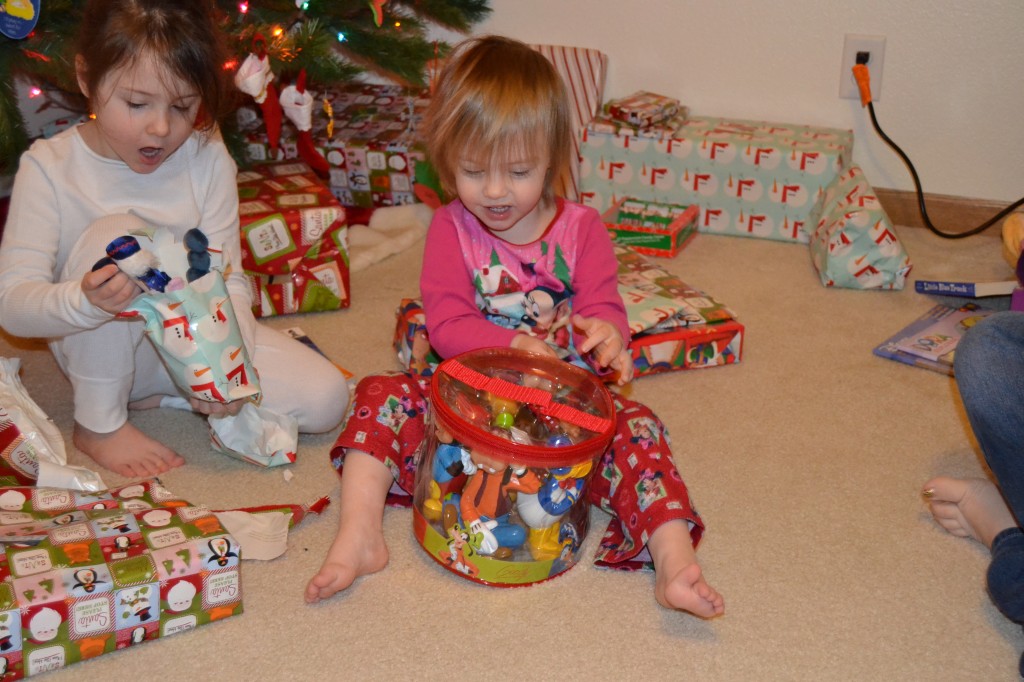 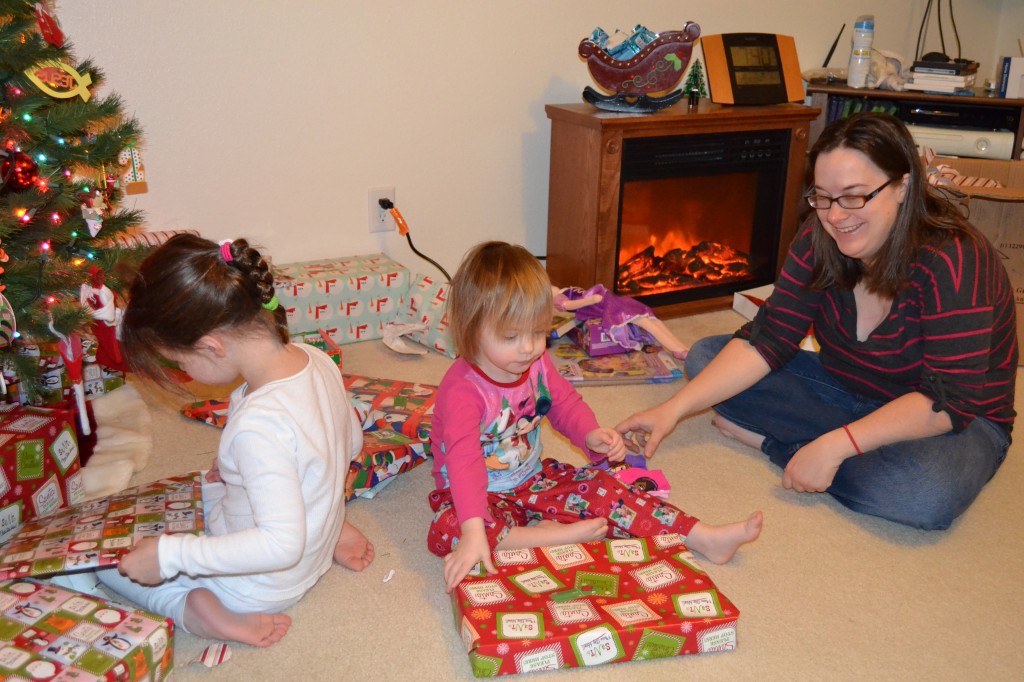 tearing through the paper! Or, in Brennan’s case, one shred at a time! 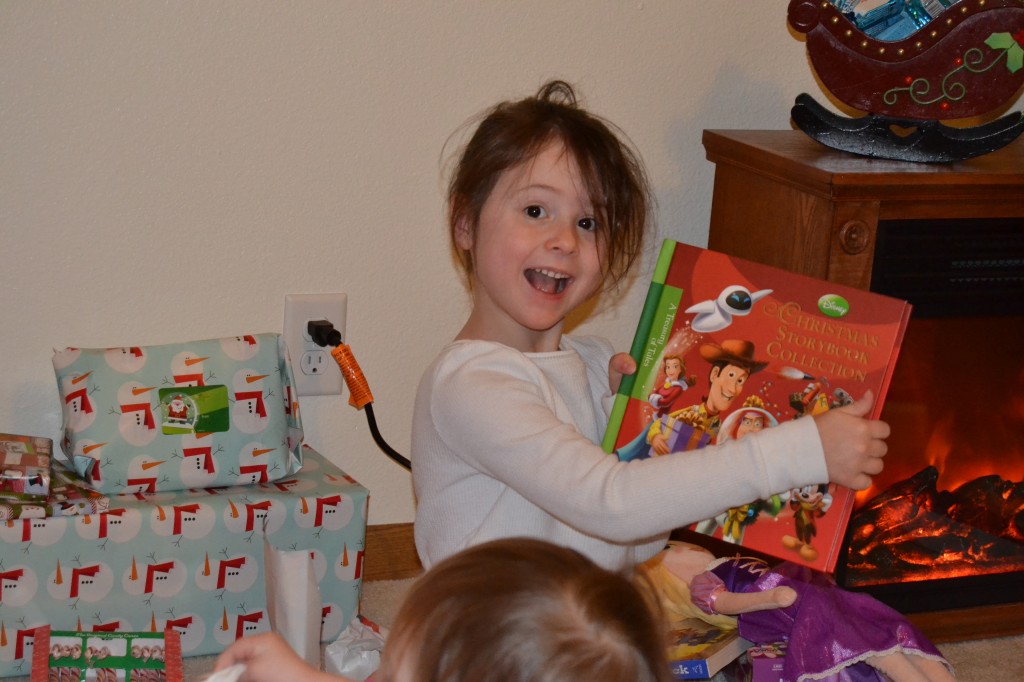 So happy for a story book! 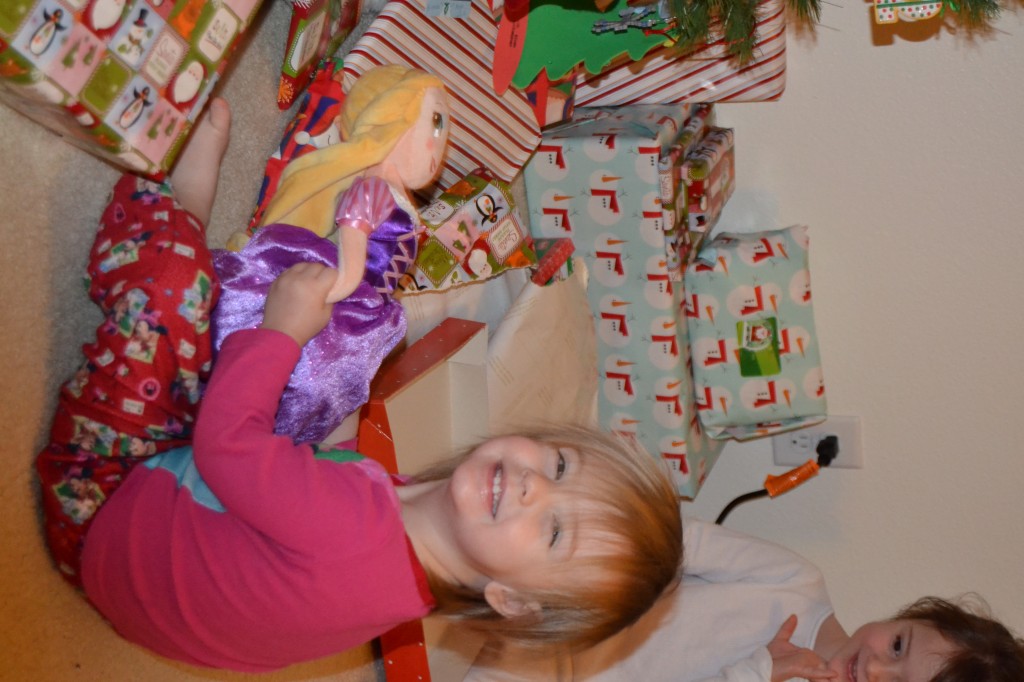 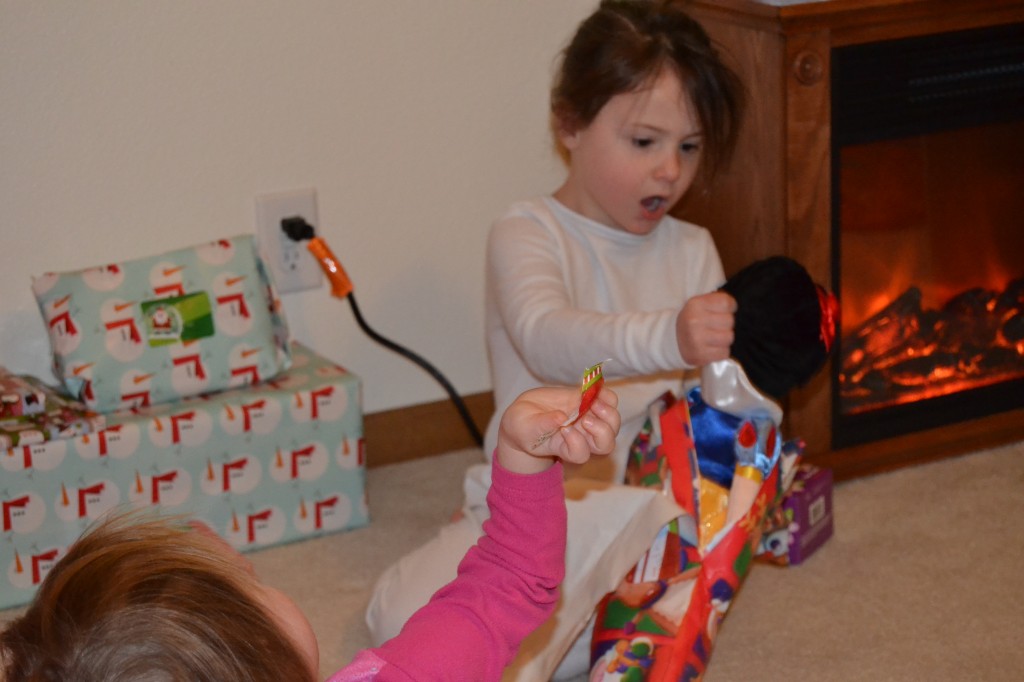 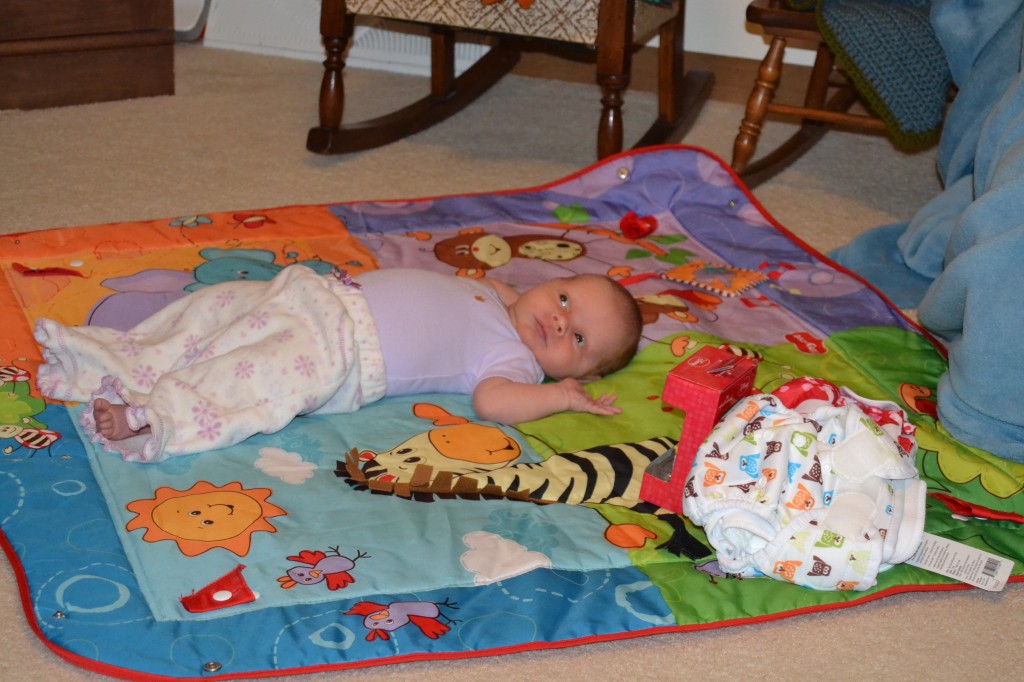 Taking it all in… or none of it…