The first of July we planted some pumpkins. Here we are a month and a half later with some tiny ‘kins on the vine, and lots and lots of blooms! I’m hoping we’ll have some that we can carve and some that we can use for decoration (and all from seed we purchased 3 years ago and didn’t plant, oops!)…. At first I was upset that we didn’t have any at the 7-10 day sprouting point, but then a day or two after that, they finally poked through our heavy soil!

Pumpkins, like watermelons, potatoes and other vine plants, should be planted in mounds. Pumpkins in particular you put 2-3 seeds in each hole.  We put 3 holes across each mound and ended up with a couple of large plants! Since it has rained here, we have only watered a few times and the plants look really good. Water as necessary, though. We did add some plant food (free in some seeds we got in the mail).. I’m not sure if that’s why our plants are so big, or if they get this big normally!!! As you can see, we have grass around ours–in general you wouldn’t want grass around them, but our grass killer was a few years old, too, so we’re mowing around them for now. We heard that vinegar is a natural grass killer so we may try that so that we don’t accidentally run over the vines while mowing around them– they tend to ‘root down’ as the vines shoot out (similar to strawberries) so they get harder to mow ‘around’ as they get larger. We’ve had success with killing thistles with vinegar, so I’ll be excited to see if it does work for grass and other weeds! Kid safe, right?

In most areas you’d plant around June for September decorations and July for October picking and carving and such. They do keep for quite some time, and look good throughout the fall for decorations, so pick a time that works for you. I think the best part is that they require so little attention. There are many varieties that would provide the ability to make them into canned/preserved food, but I think we will stick to the ‘Halloween fun’ of them, since daddy is not a huge fan and both kids have turned up their noses so far during holidays where pumpkin pie is available. We MAY however, attempt to roast some seeds if they get that far! 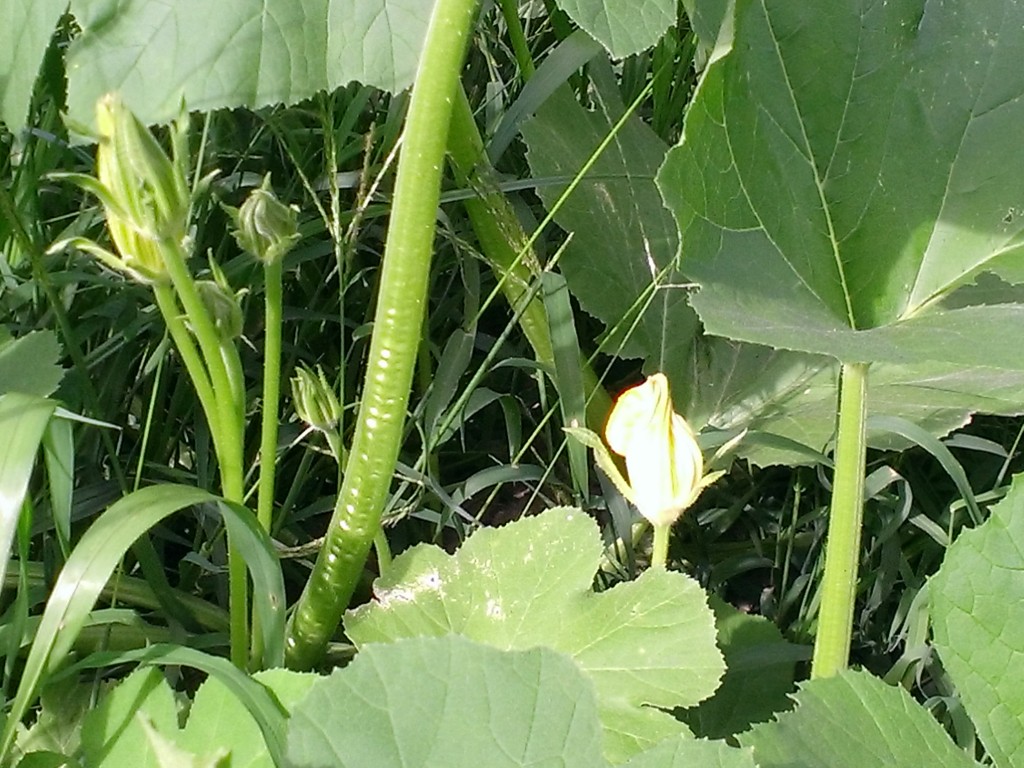 lots and lots of blooms 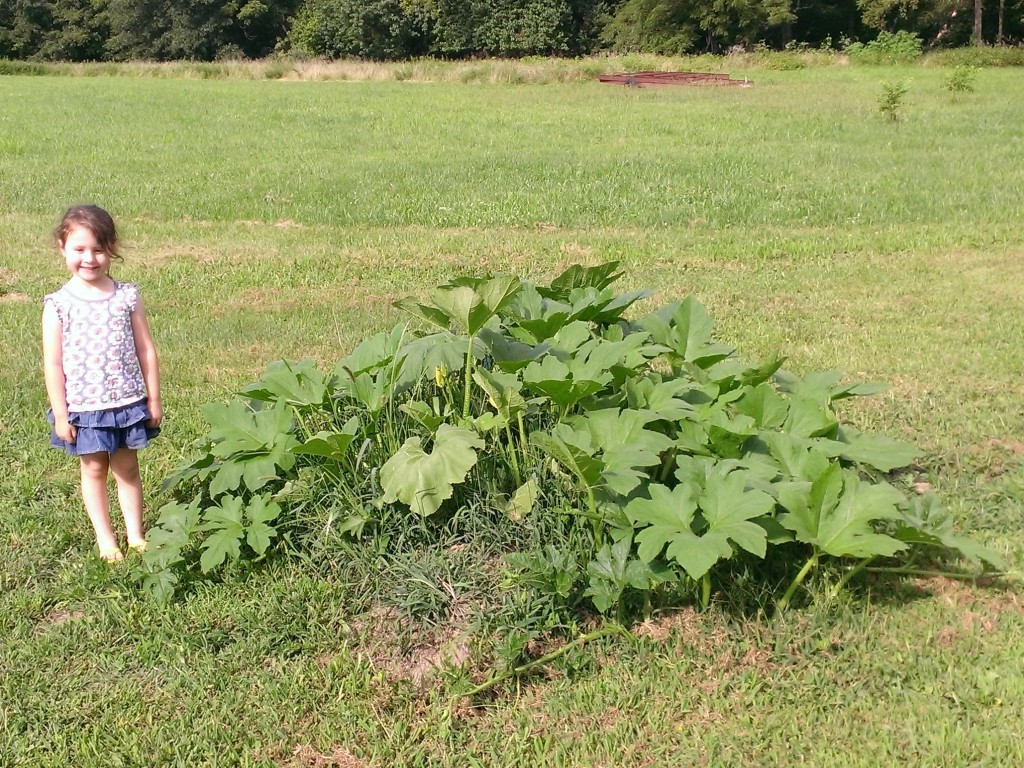 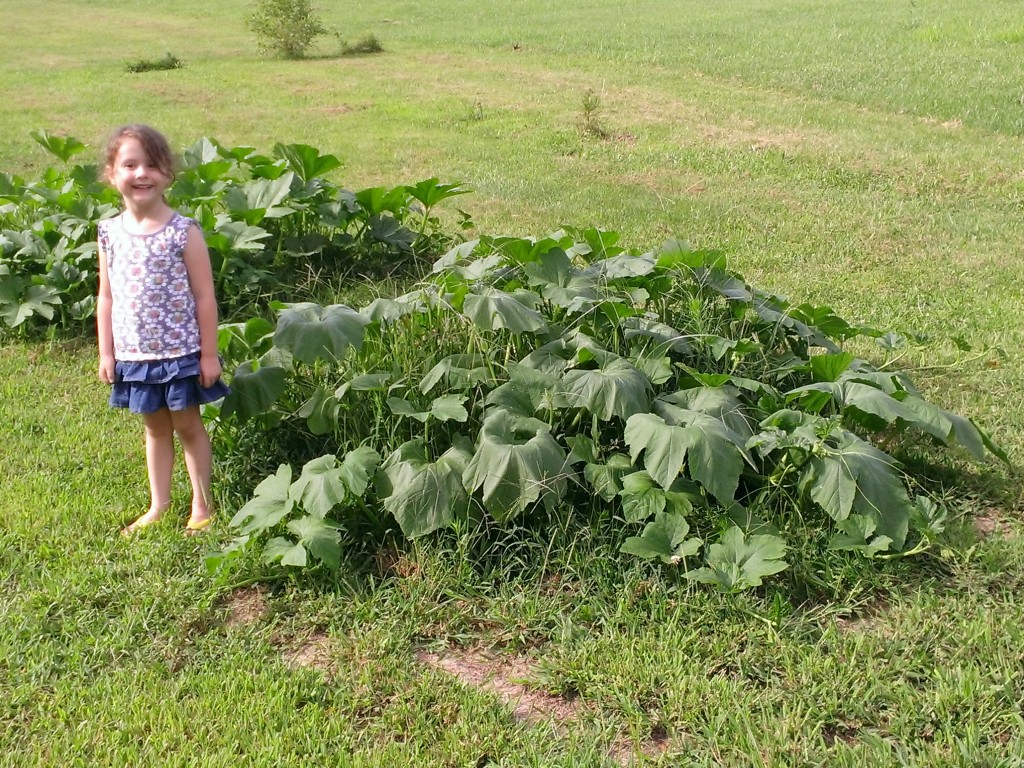