There’s an old adage: thunder in February, frost in May. I wonder how many people (like me) are already wondering how soon to plant. Yes, with the remnants of the first megastorm (around 4 inches or so of snow) still on the ground, though slowly melting, and the 2nd round making it’s way through in the form of sleet and rain at this point in time (Tuesday a.m.) I’m already thinking about spring planting.

Let’s face it, with the warm-ish weather we’ve had, and the end of the month rolling around, everyone’s already thinking about St. Patrick’s day, Easter or other religious holidays, and those first sweet crops of the field. Our garden is really only 2 years old. The first year we did plant a cherry tomato in a pot, and then for our first official garden, we had some cherry tomatoes, tried beets and onions, radishes and carrots (all fails) and we planted asparagus roots and strawberry plants. Last year we saw some twiggy aspirations of asparagus, but let it go to seed and the berries died so we re-planted. We tried peppers (fail), cherry tomatoes from seed from the year before, and some we bought (gangbusters!), regular tomatoes (fail) and potatoes (win!), and did onions again (mildly better results).  As of January the berry plants still looked REALLY good! Last year was horrible with drought and despite watering during nap times or first thing in the a.m. it all pretty much died. And yes, there was a frost in May. After February thunderstorms.

‘I have a guy’ who works at a retail place, he found out they were throwing out all the spring bulbs once they’d bloomed. We got enough bulbs (I’d have to think on it, but I think yellow daffodils and purple something or other) to plant in a large circle around our birdbath. If they survived, it’s going to be a BEAUTIFUL spring! Our ‘guy’ also got us a couple dozen mums that we planted along the driveway in the fall, so we’ll see if they grow and bloom for fall or not. My husband had hurt his back, so I planted all those darn things, so they BETTER grow is all I have to say about it! I’m not always a patient person, but I am excited to ‘wait and see’ on all these things. Strangely enough, if we get things ‘gratis’ they ALWAYS do better than anything we buy ourselves. Truth.

Obviously if it does frost in May, we’ll want to plant later so we don’t have to keep going out and covering things up. I think we’re going to try a bit of everything this year. One thing we kept meaning to do and NEVER got done was plant pumpkins. Those you typically plant in about June. We have 3 small pumpkins that were given to us, they are slowly rotting on the porch still. I think I will scoop them off with a shovel and let my husband plow them under. The price of pumpkins in the stores last year was outrageous. We left cherry tomatoes in abundance on the ground, so we’ll see if we get another year out of those when the plowing under is done, as well. We gave at least half of our cherry tomatoes away last year. I have regular pumpkin seeds, of course, and still all the seeds from the first year that didn’t get planted, plus some donated flower seeds (zinnias that went crazy from my mom’s house) that will completely fill the circle of spring bulbs (fingers crossed!). Since both kids are able to walk around this year, I hope that they can keep occupied and not eat too much dirt while I work outside. I also hope that I can make jam or desserts from the berries and that we can all try some fresh veggies from the garden. Some of those abundant tomatoes might make their way to being roasted this year and put aside for sauces, we’ll see! I’m definitely excited for fresh air, damp earth, and yes, scrubbing of nails of everyone with 2 x chromosomes in this house! (My husband can do his own!) 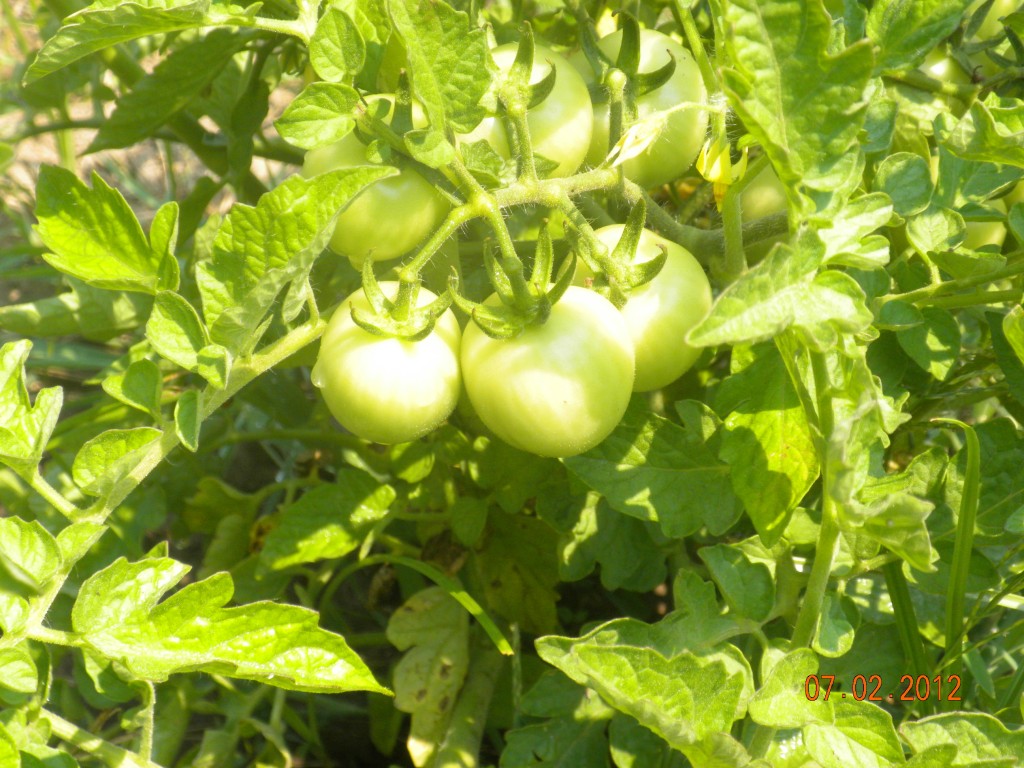 Not so little bitty salad toppers