Now, quite often, my husband jokes with me about the parentage of our children. Keeley in particular does not look much like him. Brennan has his ears, so there’s that. I digress.  I often make comments like ‘your spawn did such and such today’. Obviously, they don’t know the religious/cult meaning of spawn so it’s not a negative thing for the kiddos, just a funny for us. However, often he denies parentage and claims that the kids’ real father (often the made up milk man or mail man) stopped by that day and looks for him behind doors. It’s a giggle. For the record? Our mail person when I got pregnant with Keeley was a woman. 🙂

So on Wednesday, when he looked in the trash and said ‘oh I expected there to be a blue foil wrapper in there’, I was COMPLETELY confused. Never had he suggested in our little word play before that I’d actually cheated on him (think small, square, foil wrapper used for.. well..I think you have it).. anyway, I just stared at him. Was he serious? Obviously, it showed that I was dumbfounded, because he repeated it. And again got the same look. Finally, I started to say ‘I don’t know what you’re talking about’, when he interrupted and said, you know, the blue foil thing we bought at the store? 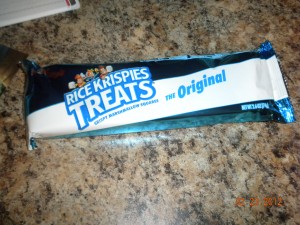