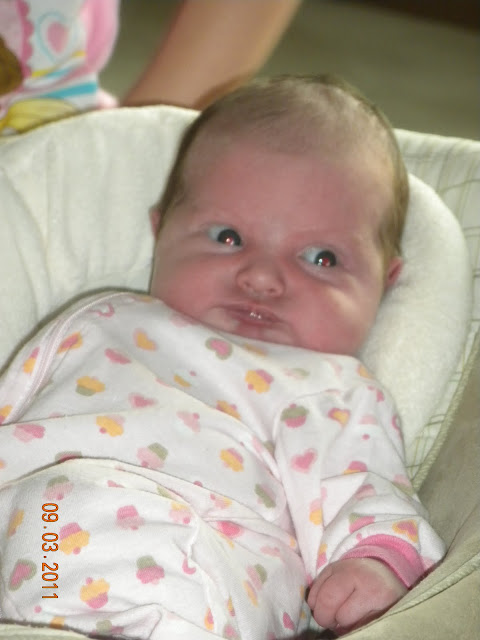 What do you think? Is Brennan too boyish?

I don’t get out (much), basically we’ve gone to church, the store a couple of times, and the doctor’s office. We keep hitting the ‘boy’ button everywhere we go. I don’t know if it’s the car seat (green), the name, or what. I know we had the SAME thing with Keeley, until we said her name. Then people linked it to a girl’s name I think (like Kelly or Kaylee) in their heads and solidified it. I think maybe somehow people are connecting to ‘Brendan’ instead and getting confused. What I don’t get is how people who HEAR that you had a girl can’t remember it. Seriously? Only baby in church and you can’t remember it’s a girl? How about the pink clothes. No? Jeez.

This in no way affects our decision to name her, and I’m certainly not going to change anything, but it makes me wonder. Is Brennan too boyish? I mean it’s not like we named her Fred or anything. It’s a good Irish name — there’s not a whole lot of traditional Irish girls names that aren’t already completely overused and spelled 100 ways (like Kaitlyn/Katelynn/Catelin/etc etc) or that can be mispronounced like Siobhan. We live in the rural midwest. Anything too out of the ordinary and you get the ‘2 headed monster’ type of stare. You know, like naming your kid Apple or something. It’s fruit, not a kid’s name.

For the record, we had 3 ‘girls’ names picked out, and all of them were gender neutral– so it’s not like we would have been in the clear had Matt chosen one of the other names instead. I don’t mind correcting people, but it does get annoying sometimes.