I’m not sure I want to add ‘happy’ in front of that. It’s a day of honoring the men and women, past and present, who have served. It’s not always happy, some men and women don’t return. I suppose that’s more of what Memorial day is about. I have several veterans in my family. My husband, for example. He never saw any action, but that doesn’t make his service any less honorable.

Last year in the summer, I was doing the NABLOPOMO theme of Heroes. After about 5 days, I had other obligations and ended up giving up on it. I had listed my own mom, my grandmother, and some ladies I knew for various reasons.

I didn’t get to honor my dad.

I don’t talk about my parents much. No real reason, just that they are healthy and happy and that’s good. My dad is getting ready to retire in… 5 weeks. He’ll have 15 years with the state government (no lawmaking, I promise)… before that, he worked with the mentally disabled, was an accountant, and a sailor.

He doesn’t talk much about his time in service. He mentions the guy that was always drunk. The guy with red hair (may be the same guy).. but that’s about it. He alludes to some unsavory behavior in brothels, but that may be a bunch of hooey, I’m not sure. Not sure I really want to know, either, ha ha! He’s been more talkative with my husband, and from the brief explanation my husband gave me, I can tell why my dad doesn’t talk about his service more. Up until now, he hasn’t wanted to be honored for veteran’s day. Like I said, not all service in the military is happy. It was Vietnam.

Not wanting to be honored doesn’t make him any less of a hero, though. For his service, for his guidance, for his volunteer work with the Boy Scouts, church, and Habitat programs. For just being there for his kids and grandkids. For picking out puppy sleepers for my newborn girl, when she showed up early, and we didn’t have any clothes for her. We’d done dog training together and he was honoring me in that choice. It doesn’t take military service to make you a hero. Heroes do their duty, no matter where they are called, or what they are called to do. 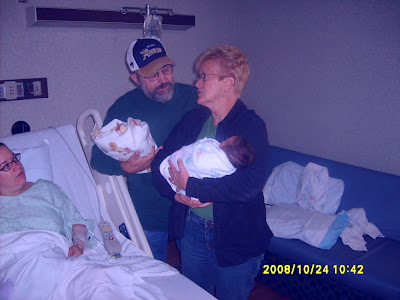