My little girl is growing up. I hardly recognize her for the baby she is/was, because of the amazing things she now does. I look back at her newborn picture and just…wonder… where that baby went? 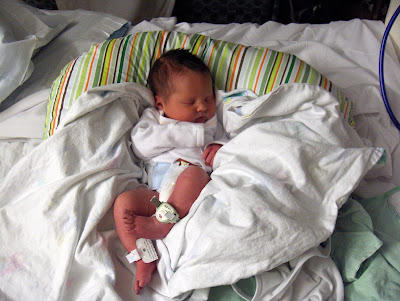 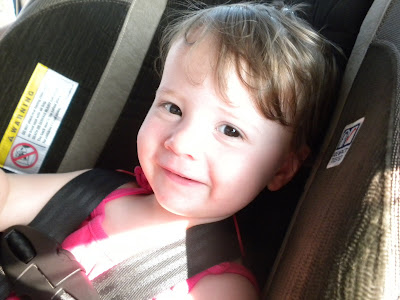 Because we’ve started potty training with her, several times a day she is guaranteed a language lesson with some books, which is great. We were gifted 3 heavy duty, waxy covered books at our baby shower. I think there are at least 4 in the set, but the three we have are Numbers, ABC and First Words. They probably have 10 pages apiece,  and I really like them. It’s easy to point at the different things and get a sound, action, or explanation out of it. Several things that I didn’t think she’d be able to say, she can, or identify or make a noise out of and other things that I would consider easy she hasn’t so far. That’s all a part of learning, though and she’ll get it eventually. I’m actually enjoying those times of the day, because I can sit and wait for ‘good things’ to happen and if they don’t, we still talked about colors or animals or letters and there is some benefit to it.

Possibly her favorite letter is O, it is easy to identify and looks like cheerios. I  made that connection for her and that seemed to stick in her mind. Now she often points out other letters as O, such as b or p because they have a round part, but always gets O right! Since the picture books have captions as well, there are plenty of Os to point out! She’s getting really curious about letters.

Other examples of growing up include pretending to ‘snore’, wanting her toenails painted, ‘reading’ out loud, putting together puzzles geared for 2 year olds, having a preference for what she wears (she doesn’t always get to pick but she really likes the one red diaper we have!), wanting to wear mommy’s shoes, wanting ponytails in her hair, and being curious about body parts. Specifically the ones covered by a diaper. Apparently she made the connection that she and mommy are both girls. Quite easily conveyed by curious looks back and forth and pointing. Silly girl! More words are coming to her, such as ‘wa wa’ for water, and more clearly mom and dad, and things like hot dog that she sees in her books!

She also puts things together that she can’t see with what she already knows. I can almost see the gears turning in there. Today we were in the garage, at the inside door, getting her shoes on. She can’t see outside. She hears an airplane, and she makes our little ‘sign’ for flying. I was TOTALLY floored!

I suppose all good things have to come with some not so good ones. Last week was a ‘screaming’ week. Anything she didn’t like was met with AAHHHH! By Sunday, I was totally desensitized to it, but my family was looking at her like she’d grown horns. It was a father’s day family dinner of course. What was I supposed to do with her? She’d been awake since 6:30 and it was almost 3 p.m.  We packed her up and drove off, and hadn’t gotten a mile away yet and she was already asleep. Poor kid. She’s also incorporated the word ‘no’ and shaking her head, but hasn’t gotten ‘yes’ and nodding yet. Obviously, it’s a little tough to figure out exactly what she wants sometimes, but we get there in the end! 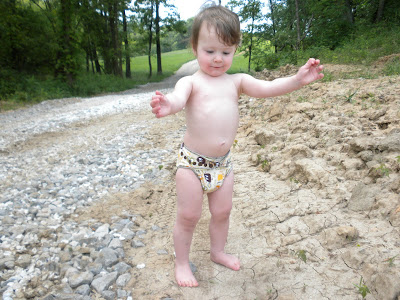