Right after Keeley’s doctor appointment (May 3rd), we hit up Wal-Mart for something or another. We knew a storm was coming, and it had started raining, so we chilled out in there for a while for it to stop. I ended up getting a new pair of jeans. They were advertised by a famous stylist as good for moms, so I figured I would give it a try. I will say one thing for them, at least they don’t spill my ‘secrets’, but they still sag after a couple of hours.  🙁 At least I can wear them to church or where I want to look halfway decent and for a while it works! I was pleased to stay in the one digit sizes and have a better option than a pair that regularly show off Victoria’s indiscretions if you know what I mean. As we were checking out, the rain slacked off. We were treated to this: 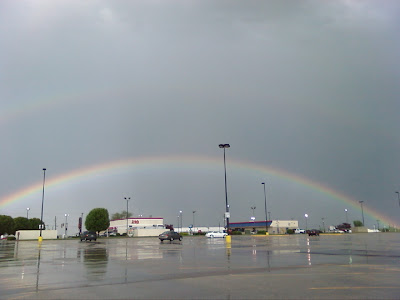 Double rainbow--bottom rainbow has more bars than normal, as well!

on our way out, we saw a guy with wipers going like crazy and a white pile on his windshield. He had obviously been driving a ways and was right into the thumpers, so to speak. We didn’t see anything until we were about halfway home. It looked like the trees, so young in bud, had been shredded across the roadways. Roofs were snow white, and it literally looked like snow in some places. 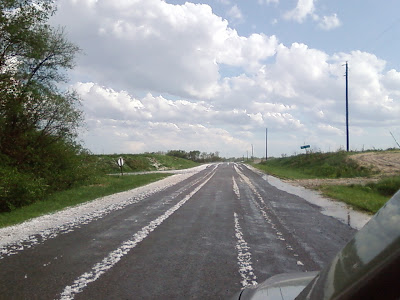 When we got home, the only ‘damage’ was this dented can in the back of the truck:

Close up by my boot: 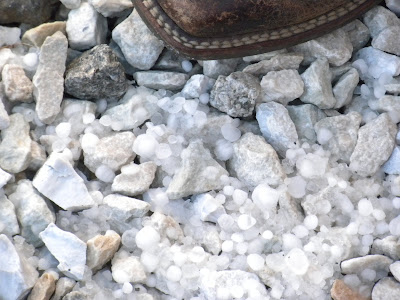 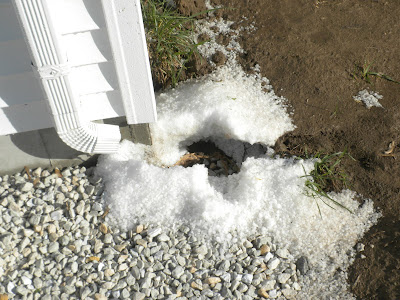 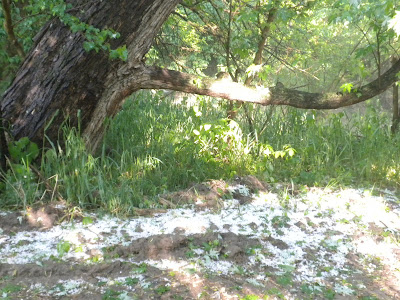 Low hanging branch by the water (and hail!) 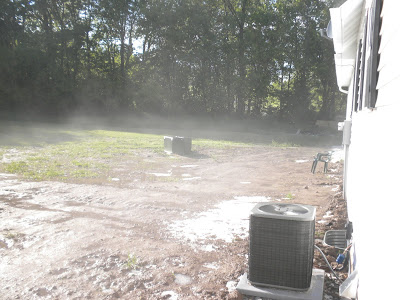 You can really tell how misty it got from the temperature change of hail hitting the warm ground. The air was chilly, but we were fine in short sleeved clothing still, because it was kind of a false cold, if that makes any sense. The sun was still REALLY warm.

We still have puddles in the front and back yard, because there is no grass there. 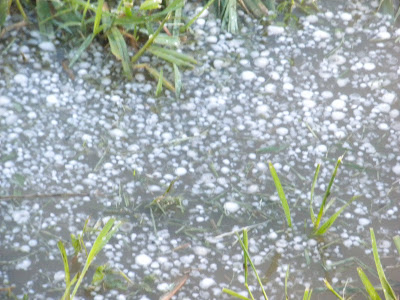