At first I thought Wendishness was asking us to share something ‘naughty’, but caught on to the spelling and realized she was really asking about 2000-2009, the first 10 ‘noughts’ of the century. She says: Okay, your mission, should you choose to accept it is this – we’re at the end of decade and in the media we’re seeing a lot of highlights, mishaps, misfortunes etc.. that have happened in the news. But what about everyone else? I would LOVE to see your highlights and lowlights from the “noughties”. Here goes nothing (noughting)…

…in 2000 I was madly in love with my fiance and going to college. 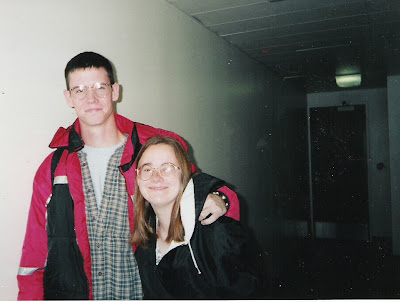 in 2001 I graduated from college, got married, got a real job and learned to pay bills. In short, that was the year I grew up. 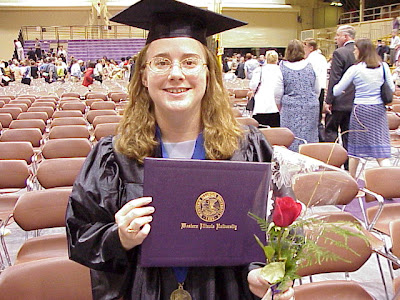 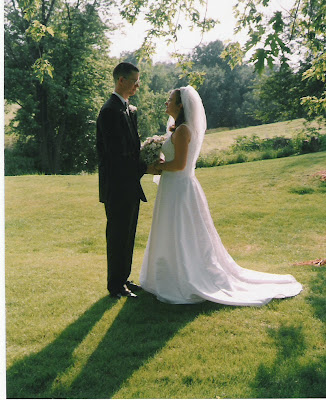 In 2004 we moved so my husband could go back to school, that included stops for a Bronco stuck on a tow dolly and to clean used motor oil off of 2 white appliances. That was a BAD move. It took a while but I finally got a part time job in December of that year. We also bought my truck that year and it has been very handy!

In 2005 I was gainfully employed full time again and had an appendectomy 30 days later. Thank God we had health insurance. All my plants died but one after the surgery. I think it’s still hanging in there, we brought it in to the house today from the inside porch, which is way too cold, apparently.

Summer of 2006 my husband went to Seattle for an internship. I grew up a lot that year, too.

In 2007 my husband graduated from college and we moved to Iowa. I really liked Cedar Rapids, it smelled like oatmeal all the time and I learned to drive in that size of city with few issues, worked part time, and was able to do some fun crafting and things I had been wanting to, but hadn’t had the wherewithal to do. Mostly, though I liked watching THIS…we had a ton of wildlife in the suburbs! 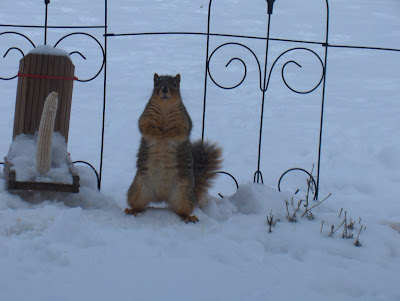 2008 was a very freaky year. We were busy from digging out of one of the worst winters ever when I got pregnant, then in the summer the city flooded. Did I ever tell you the story about getting stuck on the side of the road? What a blast, what a nightmare. I paid off my student loans and my sweet red truck. My husband got a job that he loves, we moved about 10 times, and had my sweet baby girl. Another year, another surgery. It was a very mixed bag type of year. We were SO excited and tracked all the presidential stuff, but by the time it was time for both a new president and a new year we just, well, kissed each other over the almost sleeping baby and konked out. We gave thanks at home and did very light traveling for Christmas. 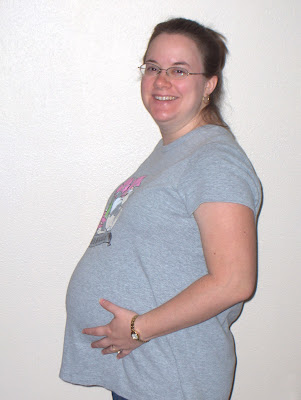 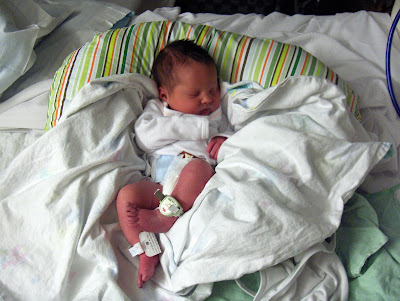 In 2009 we watched our baby grow, bought some land and are trying to get a house going. It’s been a year of immense joy and immense frustration. However, cloth diapering and full time nursing, as well as baby led weaning have been major successes in our book. Everyone says what a good baby Keeley is when we are out, and it makes me feel a smidge good. Only a smidge. We finally got to visit some family we hadn’t seen since 2006 or 2007 probably this year. My last remaining grandparent died after years of Alzheimer’s, but not without us getting a photo first, it’s really not a good shot of her, she was such a healthy woman, then again, she was 96 this year, so…anyway, can you say hernia surgery? Now I have no belly button and a road map of scars. Oh and dental work, too, my first (and hopefully last, crown). Everything seems a train wreck right now, but I’m trying to do good things to try and get back some joy. These pictures sure do it! 🙂 So does donating my time to do some good in the world. 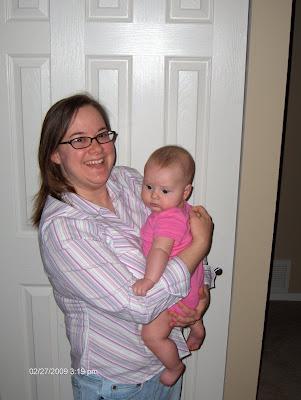 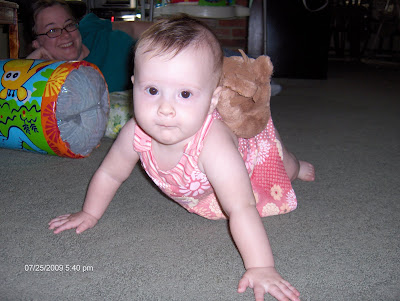 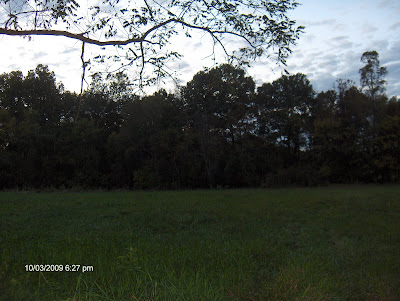 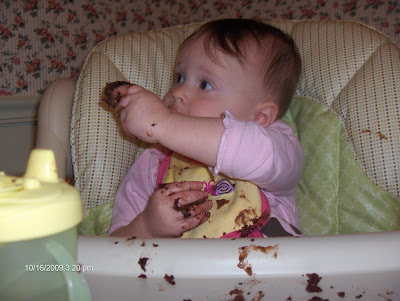 You want some grandma? 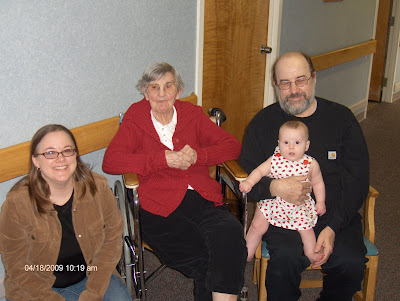 For me personally? These were my goals for the 2009 year:

To be a better mommy—I don’t know if this is true or not, but I try, every day.

To be a better wife–again, who knows, only my  hubby could answer this.

To forgive it or forget it–this has been my main area of growth. It’s very freeing and I wish a lot of other people would consider doing this, too.

To get into a state of better health–not so good, feels like another hernia is there, but maybe it’s just the muscles in there pulling, that’s what I’m telling myself. All in all I would say this is an epic FAIL. I am in much worse shape, I have gained 10 pounds at least from the stress of living in this apartment, and even though I’m getting a LOT more exercise, I still feel worse than I did a year ago. I’m eating less, exercising more, and still gaining weight. Go figure.

We hope 2010 will bring a new home, and a fresh start. No hassles we don’t cause ourselves, no one bugging us, just us and the quiet, country life. Once we’re settled, I hope we can find a permanent church and establish ourselves in the community. I want to be able to hit the mall, Aldi’s and Target, so I need driving lessons for the ‘next big town over’. We try not to make plans anymore. They always seem to get messed up in some way, and as they say ‘if you want to hear God laugh tell him your plans’ — we will get through it, we always do. Team ‘S’ is going to start a new decade, together, another team member stronger, and with purpose. Who knows what the next decade will bring?