Slowly it seems like things are getting better around here. My prayer for months regarding the housing situation has been ‘whatever is supposed to happen, please let happen and let us be patient and happy with the outcome’. That has seemed to help my mental state overall while I am waiting, somewhat impatiently with thumping footsteps running overhead when we’re trying to sleep at 10:30 p.m.

So here’s what’s good: We finally got most of the financial stuff figured out, we had enough money for closing saved over the last 5 months, which was a miracle, and our end loan should be no problem now. There were 7 inches of rain in 2 days and we checked on the property and the creek had gotten to just over the top of the bank, and had receded. It would take a lot more rain to be a worry, and of course the land is NOT in a flood zone, so it’s not supposed to flood, right? Anyway, that was reassuring to say the least. The area of the driveway didn’t even feel squishy, which is good, because that washing out is a major concern and a big money item in our budget.  There was a touch of squishiness to some of the ground, which is under a foot of grass, which loves to keep the ground squishy, right? Time to get a tractor mowing back there! We ended up bringing home some ‘stickers’ or weed seeds on the legs of our pants, that was exciting. Glad we brought home flora and not fauna. We did see fauna though, a white tailed deer said hello, and a cardinal was singing in a nearby tree, and we saw a squirrel, so that’s positive, as we like looking out windows to see various critters!

When we were at closing, the sellers confirmed for us that it was always quiet out there, that you couldn’t tell anyone else was around, and that they had seen a lot of wildlife as well. One thing we discovered was that they had left an old beat up grill and several other items we couldn’t tell what they were as it was dark, in the building. Not too happy about that. That would mean we’d have to take that stuff somewhere and dump it, and that’s just not right. We have our own grill and shouldn’t be responsible for their trash. My husband is supposed to get in touch with the realtor to get in touch with them to ask them to come and get rid of that crap stuff soon.

All in all, I’m starting to get excited, but not my hopes up. I know this will be a long journey. One other positive thing is that we haven’t been evicted, yet. We are supposed to get 30 days notice, I think it helps that one of the neighbors moved out so of course there’s less rent coming in each month. Crossing fingers that we are allowed to stay here (noisiness and all) so we only have to make one move, and not multiple ones in order to be in our house. We had hoped by her birthday, which is 11 days away, and then we had hoped by Christmas and now of course it looks like February. Now we are hoping before it starts to get muddy so that the crane and house don’t sink before it gets in place. Please continue with the crossed fingers and prayers for us as it gets closer to completion.

Okay I tried posting the video but it didn’t work, darn it, so here’s a couple of pictures. 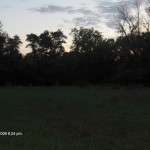 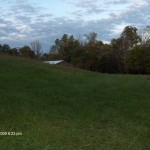